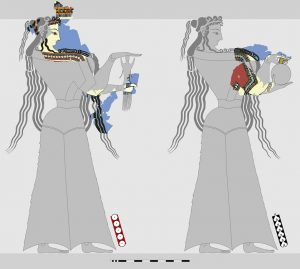 The discovery, in 1999, of a large new group of wall paintings from the Mycenaean palace of Tiryns has sparked, almost a century after Rodenwaldt’s seminal publication on its painted decoration, a renewed interest in this group of material. The project “Bildräume und Raumbilder”, funded by the DAI and co-directed by the speaker, encompasses work on both the recent and older finds and has been characterized, from its inception in 2006, by a strong interest in the role played by mural decorations in their architectural context, specifically in the construction of social space. Through a series of case studies looking at both new and old finds – including a remarkable medium-scale processional scene from the new material as well as the well-known near life-size procession of women and hunt frieze from the old finds –, the lecture seeks to expand this contextual perspective by exploring different modes of contextualization beyond the architectural one. It is argued, and hopefully demonstrated, that in order to see ‘the whole picture’ we have to look beyond the painting itself – even if the latter is itself fragmentary.